BRUSSELS, 10/01/2022 - New year, big plans. Today, in the presence of Prime Minister Alexander De Croo, EnergyVision announced its plans for a broad rollout of renewable energy and electric car charging stations in Belgium's three regions. In this context, for the first time in eight years, it attracted an external investor. Marc Coucke's Alychlo signed up for a capital increase. "It is extra fuel - or more accurately, extra energy - for our ambitions," said CEO Maarten Michielssens.

Prime Minister Alexander De Croo paid EnergyVision a business visit today in Brussels. He had a working meeting with the management committee and met Brusol's installation teams, which include more than twenty refugees trained by EnergyVision.

EnergyVision was founded in 2014 and has since grown from a startup with EUR 6,200 in equity and 4 employees, into a group of companies with a high degree of autonomy capital and 4 employees, into a group that in 2021 achieved consolidated sales of over EUR 100 million [BE GAAP figures], employs over 140 people (90 in Belgium, 30 in Morocco, >20 in China) and has been profitable for eight consecutive years. The founders have retained 100% of the capital during this time.

Now that the energy debate is in full swing, it is clear that in all scenarios Belgium needs maximum green energy and minimum CO2 emissions. In this context, EnergyVision announced today that it will invest more than EUR 150 million in energy projects and charging stations by 2022, based on the current capital structure. This is part of an overall plan for 2030 in which EnergyVision will build and maintain in its three core markets during this decade a volume of solar panels equal to the total capacity of the Doel nuclear power plants, without any subsidy or government support. 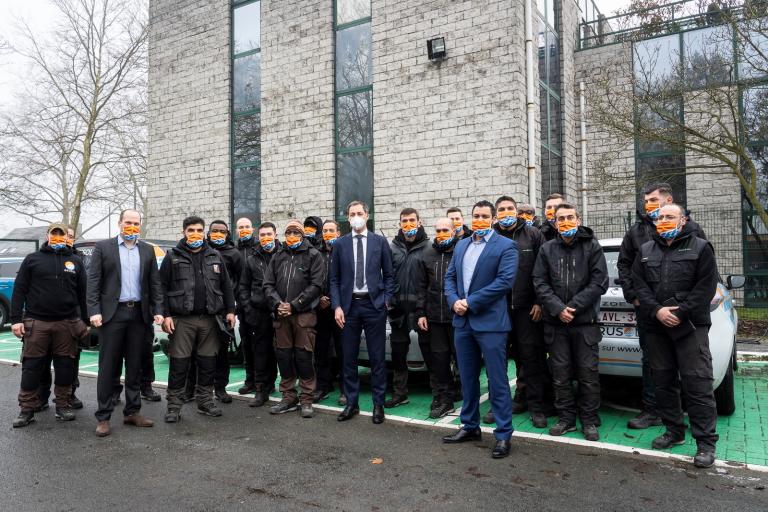 "Our focus is on local energy and mobility projects," says Maarten Michielssens, CEO and founder. "We install charging stations and solar panels at companies that do not have to invest or at families that cannot invest themselves. We bear the investment, and we sell the power at a fixed, low price. This ranges from almost nothing to a maximum of EUR 0.12/kWh: this is up to 75% cheaper than what companies and households currently pay on their electricity bills. In this way, we can take everyone with us in the energy transition with complete peace of mind, and without a single euro of investment by the customer or a single euro of subsidy from the government. Green, local energy really doesn't need to be expensive or subsidised."

Ultimately, all these projects will be linked together in a decentralised energy network based on a combination of solar panels, charging stations and smart data. As a result, a customer who produces too much energy can sell it on to another customer who needs energy. Or the surplus of green energy can be offered directly to users of charge points with an extra discount instead of being injected into the grid. This creates a smart grid in which green energy is shared and optimised by thousands of users. It relieves the electricity grid and ensures cheaper energy bills for all users. 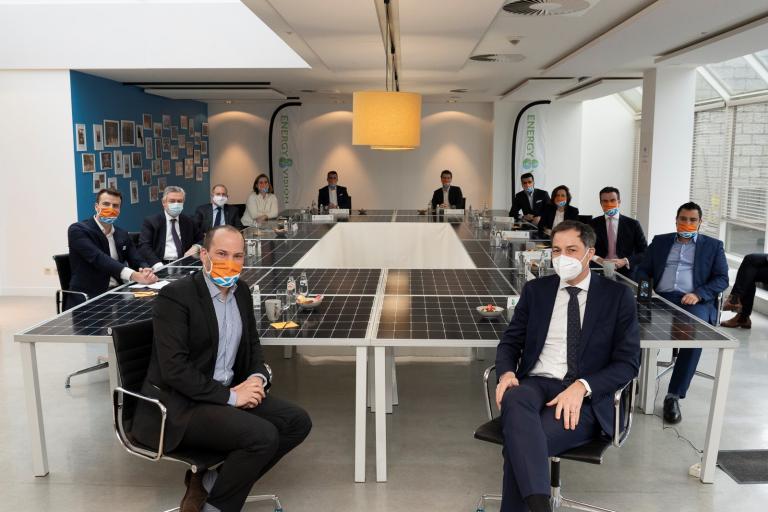 To make these investments possible, EnergyVision opened its capital at the end of 2021, for the first time since its foundation. A crucial condition was that there should be a Belgian anchorage and a long-term partnership. Through Alychlo, Marc Coucke subscribed to a 10% capital increase of newly issued shares. Through this capital increase and a merger of the sister companies, EnergyVision's equity will increase by EUR 39.5 million by 1 January 2022. The capital increase now is the starting signal for additional investments and employment in the course of 2022.

"I am particularly charmed by the story of EnergyVision. They are growing fast, they focus enormously on social added value, they have a solid business model, the team has a great drive, so they even grew in 2021 despite a decline in their sector of more than 60% in Flanders and more than 80% in Brussels," said Marc Coucke. "From Alychlo we are going to help support and shape this story. My promise was and is that Alychlo will continue to invest in our local industry. Our core business consists of three major pillars: Pharma - Leisure - Sustainable technologies/companies. The latter we want to develop further: after Greenyard, Ekopak and Ebusco, we are now investing in EnergyVision. This is a strategic choice to support companies that breathe 'ESG'. We will also guide and support EnergyVision to continue to strengthen its capital structure in subsequent phases. In this way, EnergyVision can make a substantial contribution in creating prosperity, sustainability and affordable independent energy in our country." 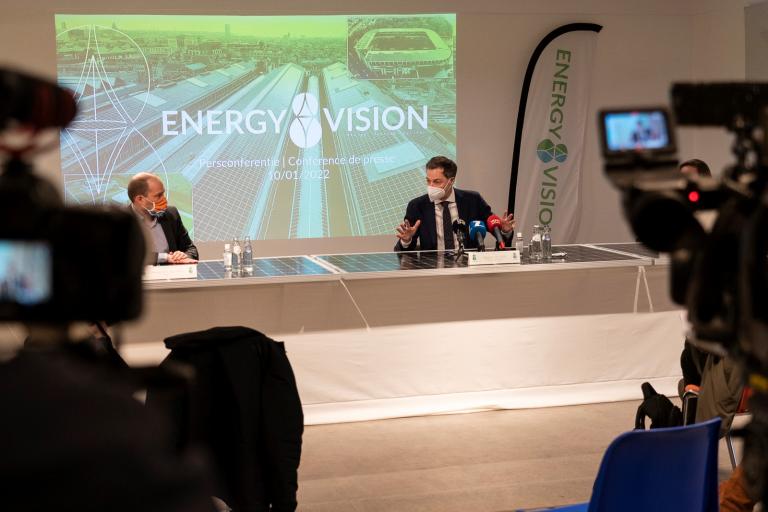 Prime Minister Alexander De Croo, who was present at the press conference, welcomed EnergyVision's growth plans and ambitions. "The switch to more renewable energy is one of the big tasks of the coming years. We have only just confirmed with the federal government the ambition to go to 100% renewable energy in our country by 2050. It is good to see that Belgian entrepreneurs are jumping on the bandwagon and that they are doing so in a way that everyone can enjoy." 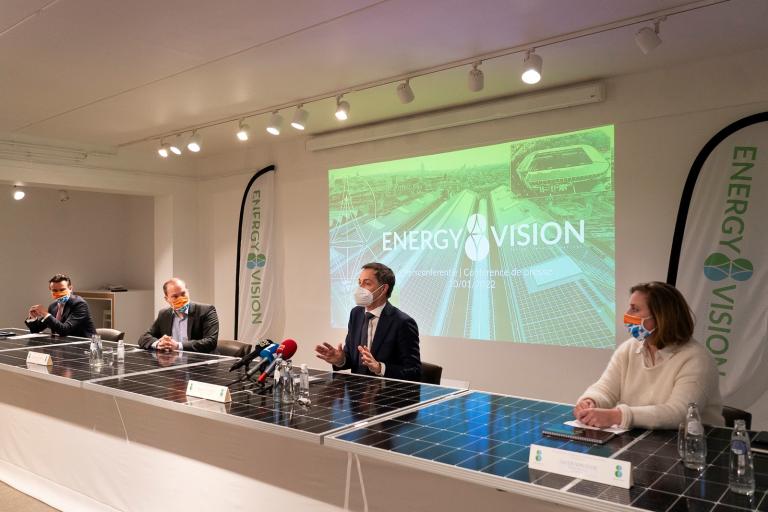 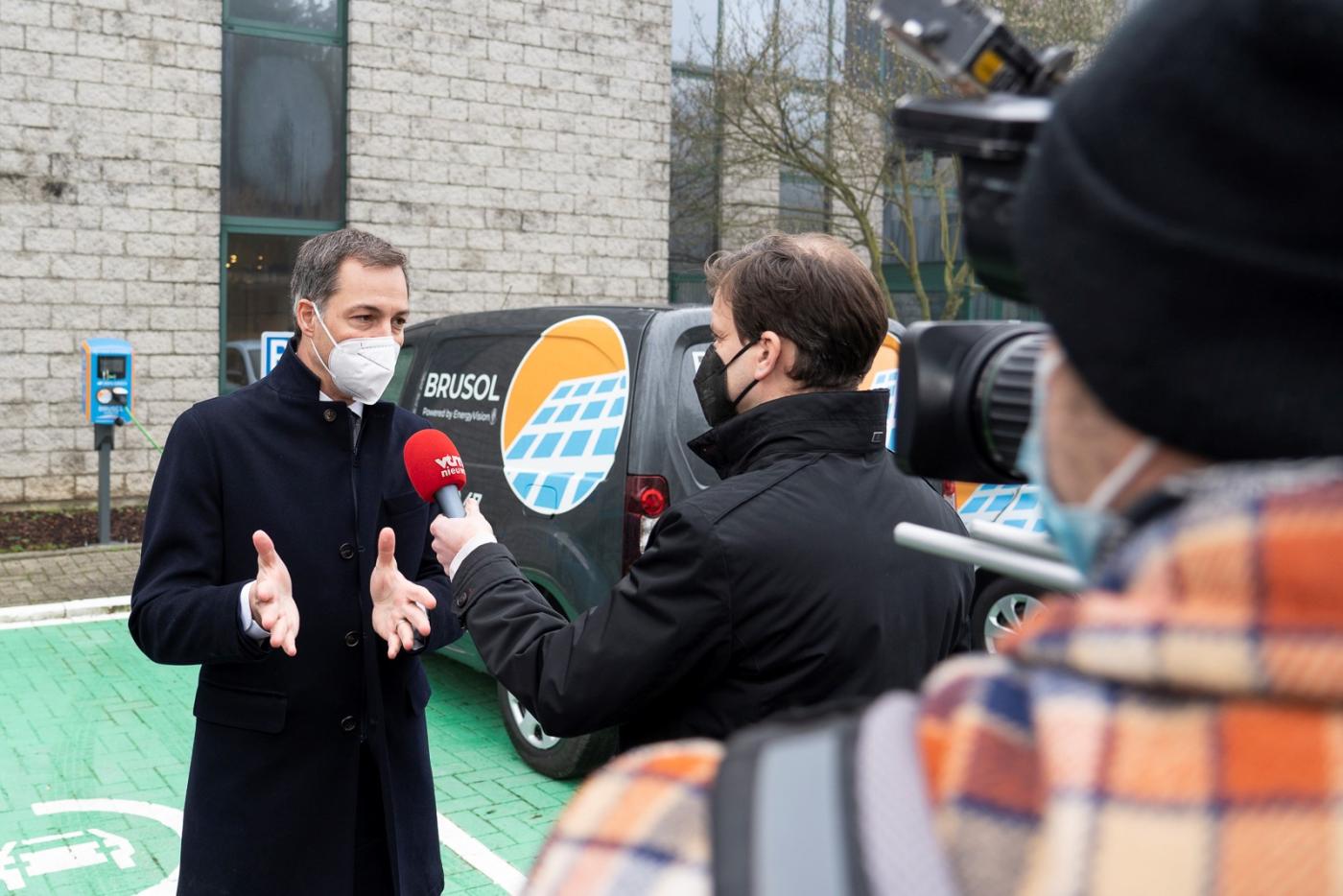 See a photo report below: 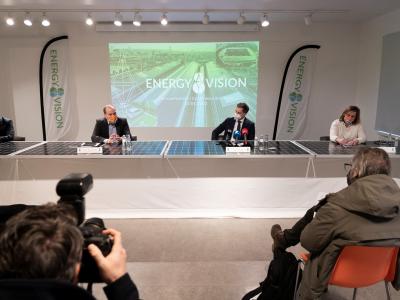 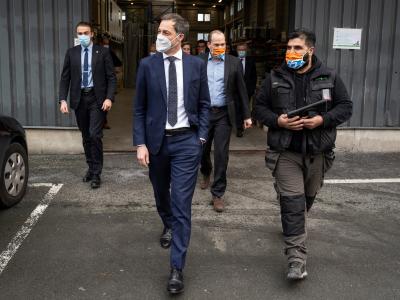 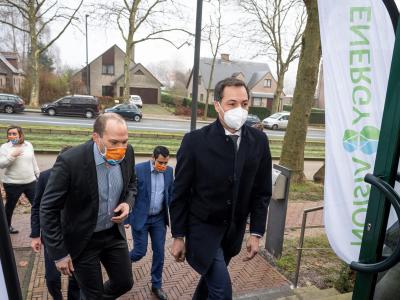