BRUSSELS, 17/09/2020 - Yesterday Brusol made a spectacular launch as an energy supplier in the Brussels Capital Region. None other than King Philip dropped by to coronally mark our launch as a 100% green, 100% local energy supplier.

It was in the majestic Gare Maritime that Brusol launched itself yesterday as an energy supplier that is the first in the country to offer 100% green and 100% local electricity: the electricity is produced on the roofs of Brussels households and also goes to these and other households. The electricity does not come from abroad, nor from offshore wind farms at sea, but literally from the roofs of businesses and households in the Region, via installations built by Brusol itself. The launch was performed by Brussels Mayor Philippe Close in the presence of, among others, the CEOs of Sibelga, Brugel, Brussels Finance & Invest, BNP Paribas Fortis and Triodos.

The King also visited our PV installation on the Gare Maritime and took the time to get to know our Brusol teams, the refugee installers who work for us and to stop by... at the food truck that has been touring the Region for the past summer. 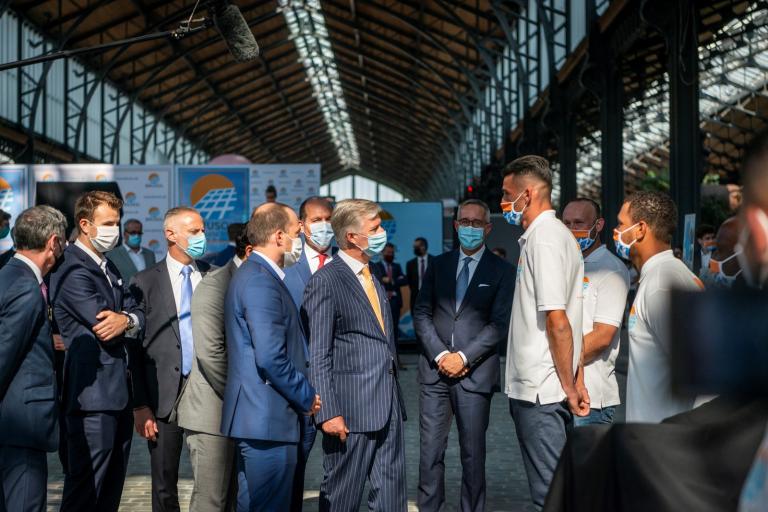 King Filip arrives at Tour & Taxis and is welcomed by our founders and by Philippe Close, Mayor of Brussels. 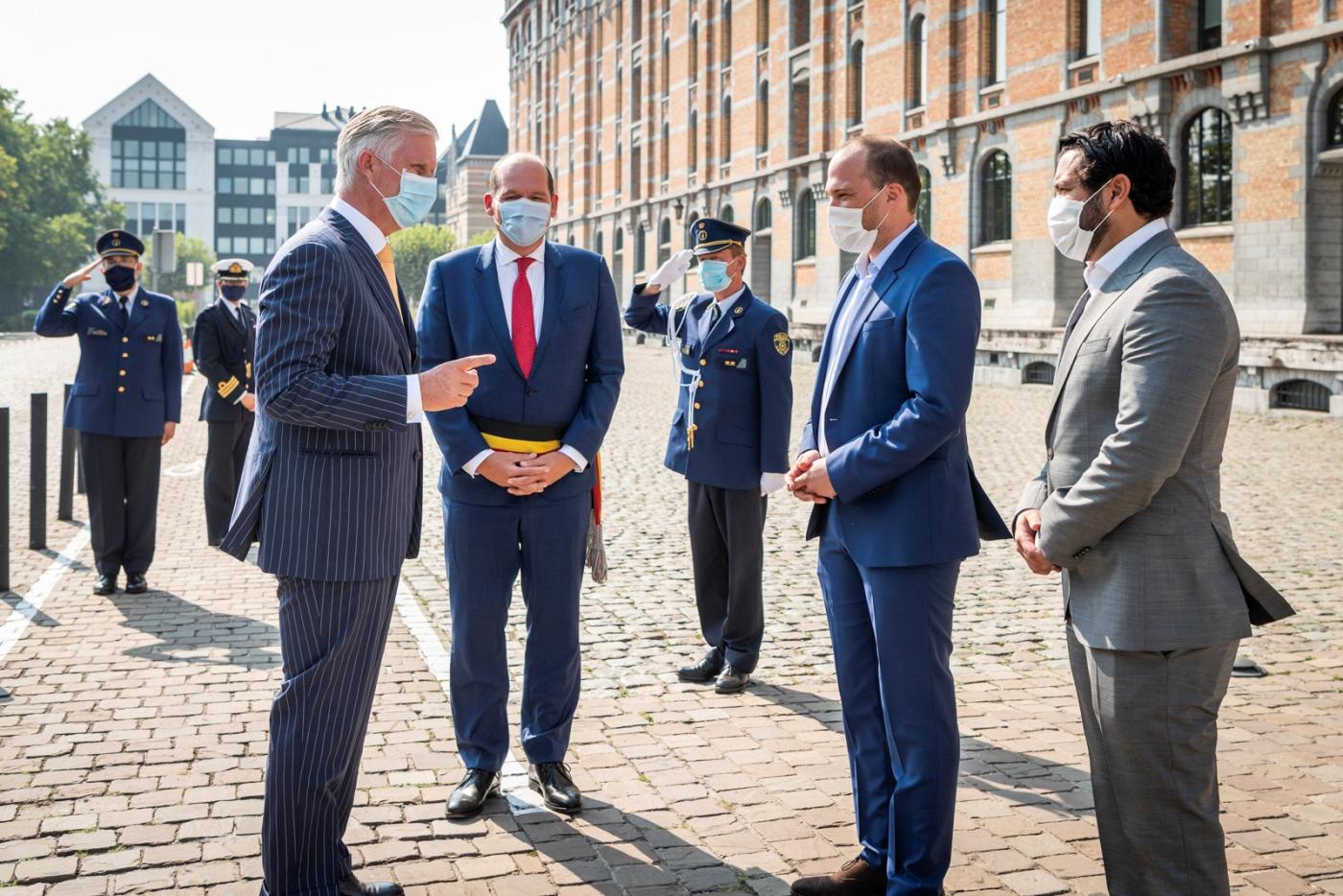 King Filip on the roof of the Royal Warehouse, looking out over the 10,000 solar panels that Brusol built on the Gare Maritime. 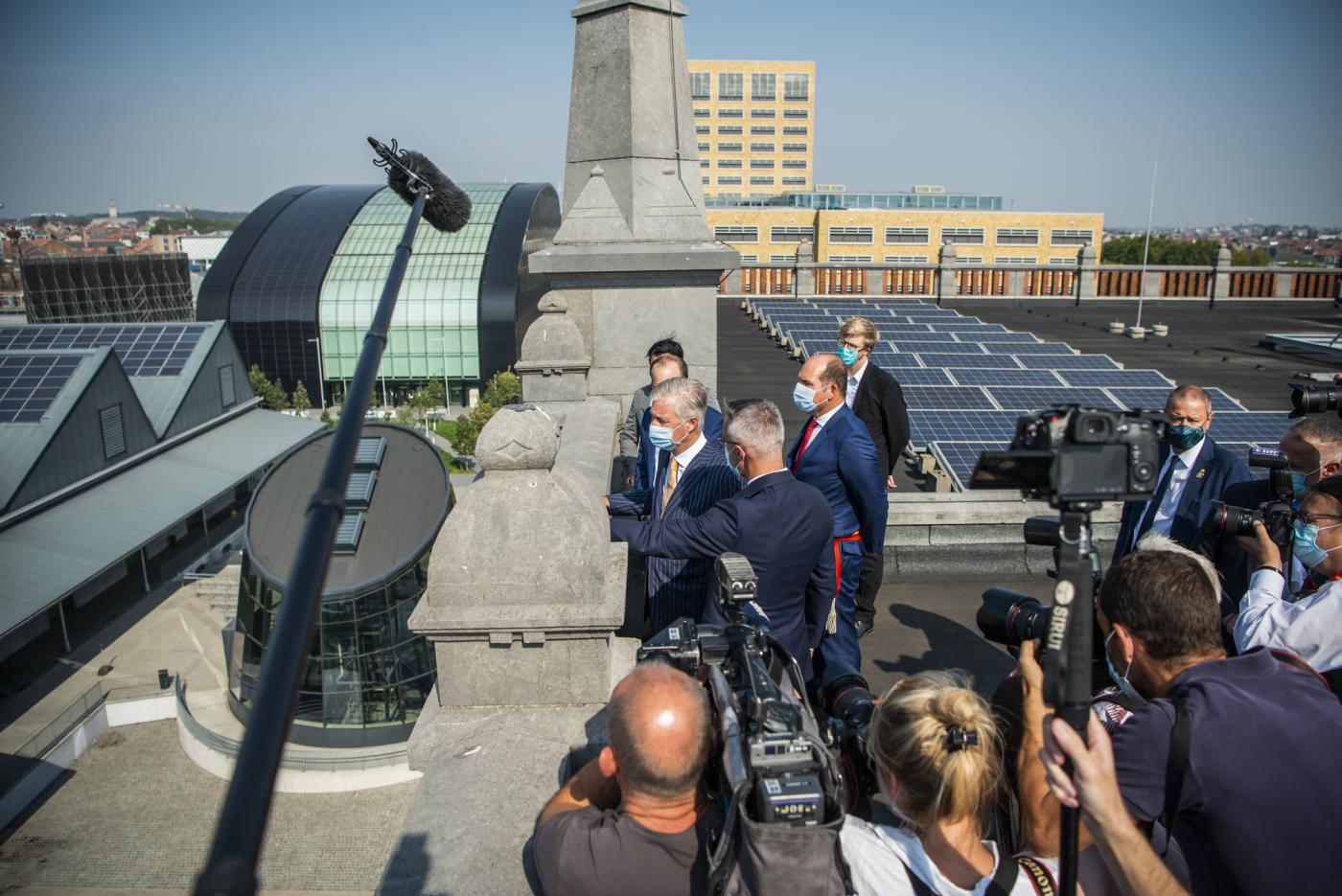 Working meeting with King Filip and, among others, the CEOs of Brugel, Sibelga, BNP Paribas Fortis and Triodos. 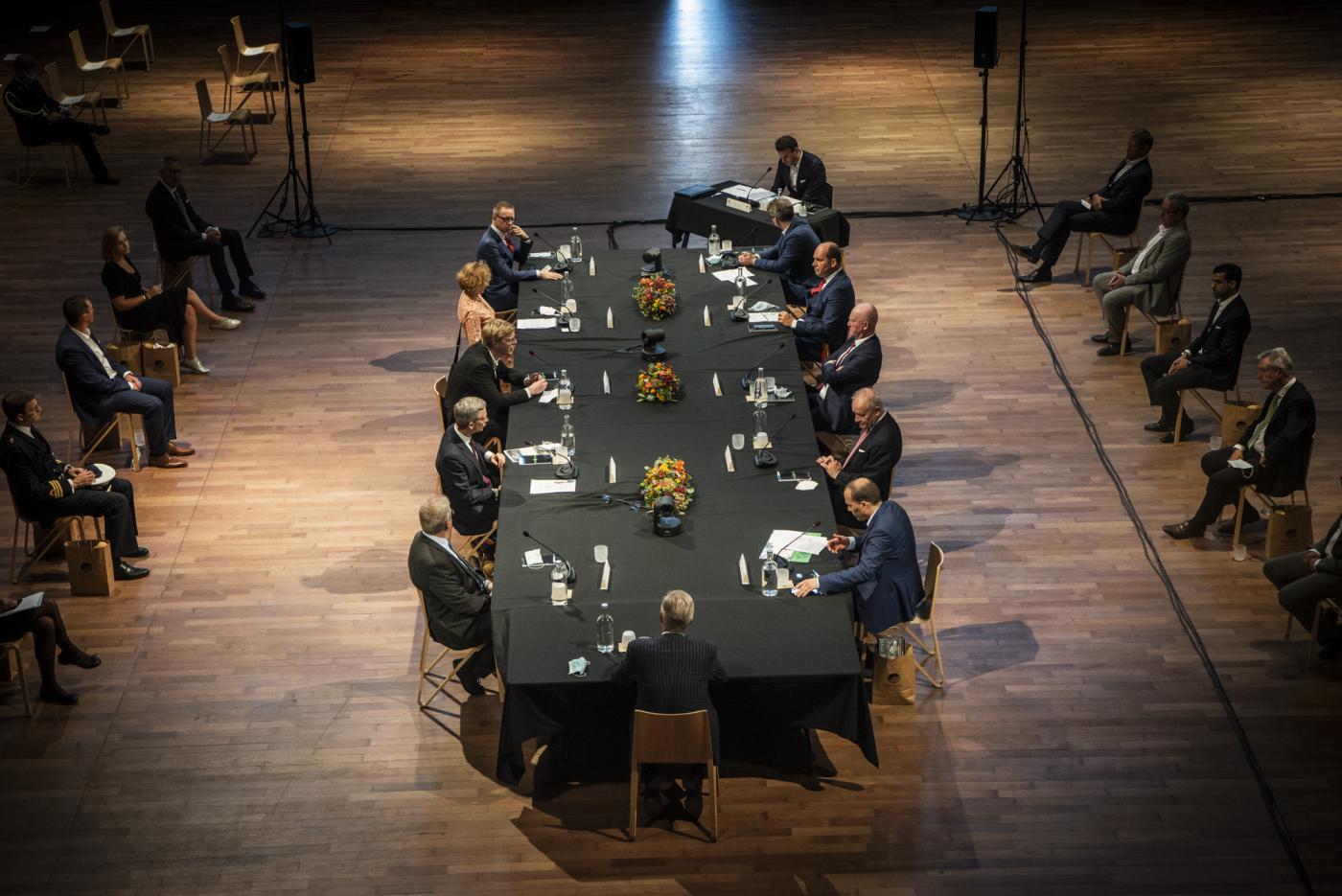 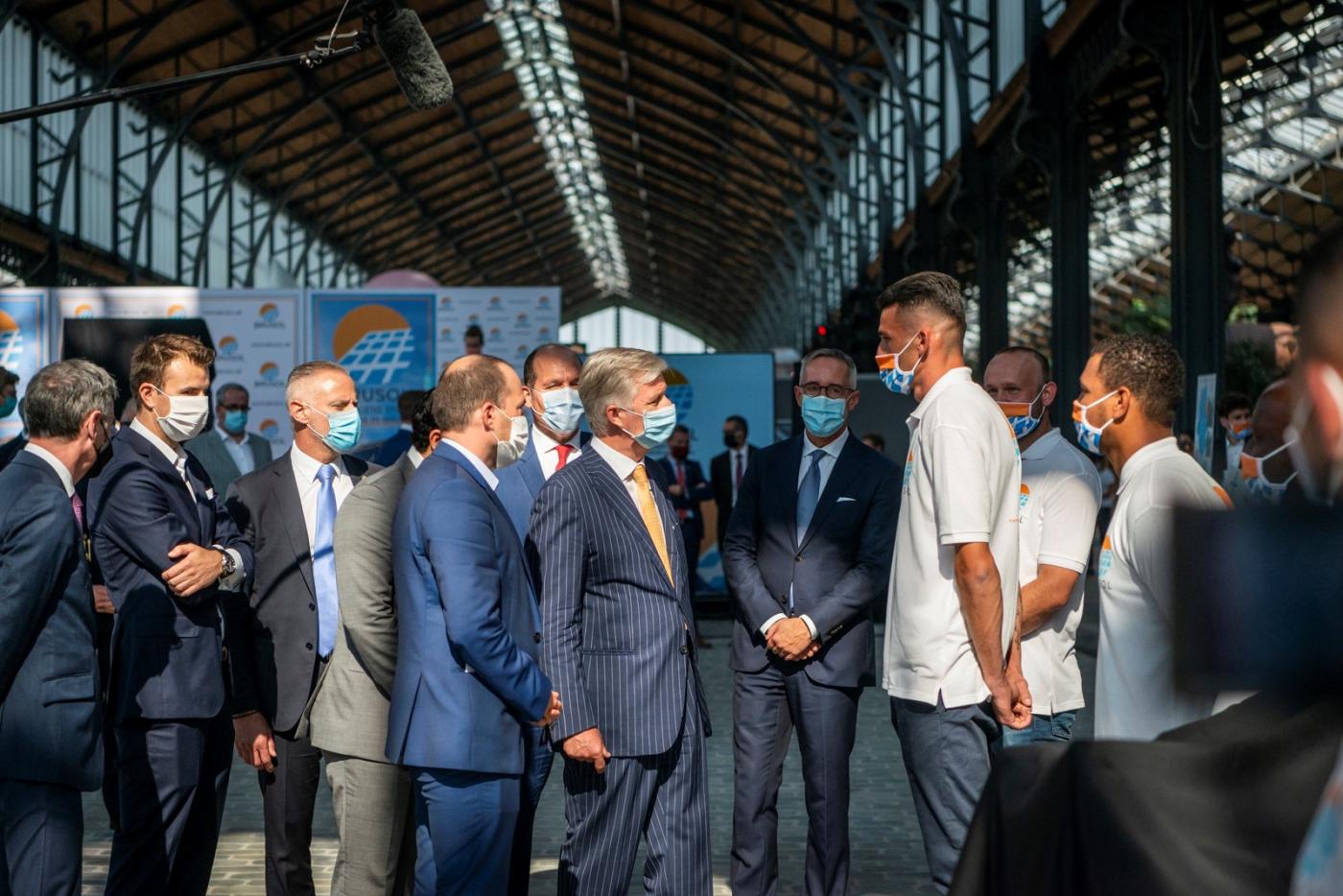 His Majesty says hello to the Brusol installation teams: refugees who have settled in the Brussels Region and have been trained as solar panel fitters. 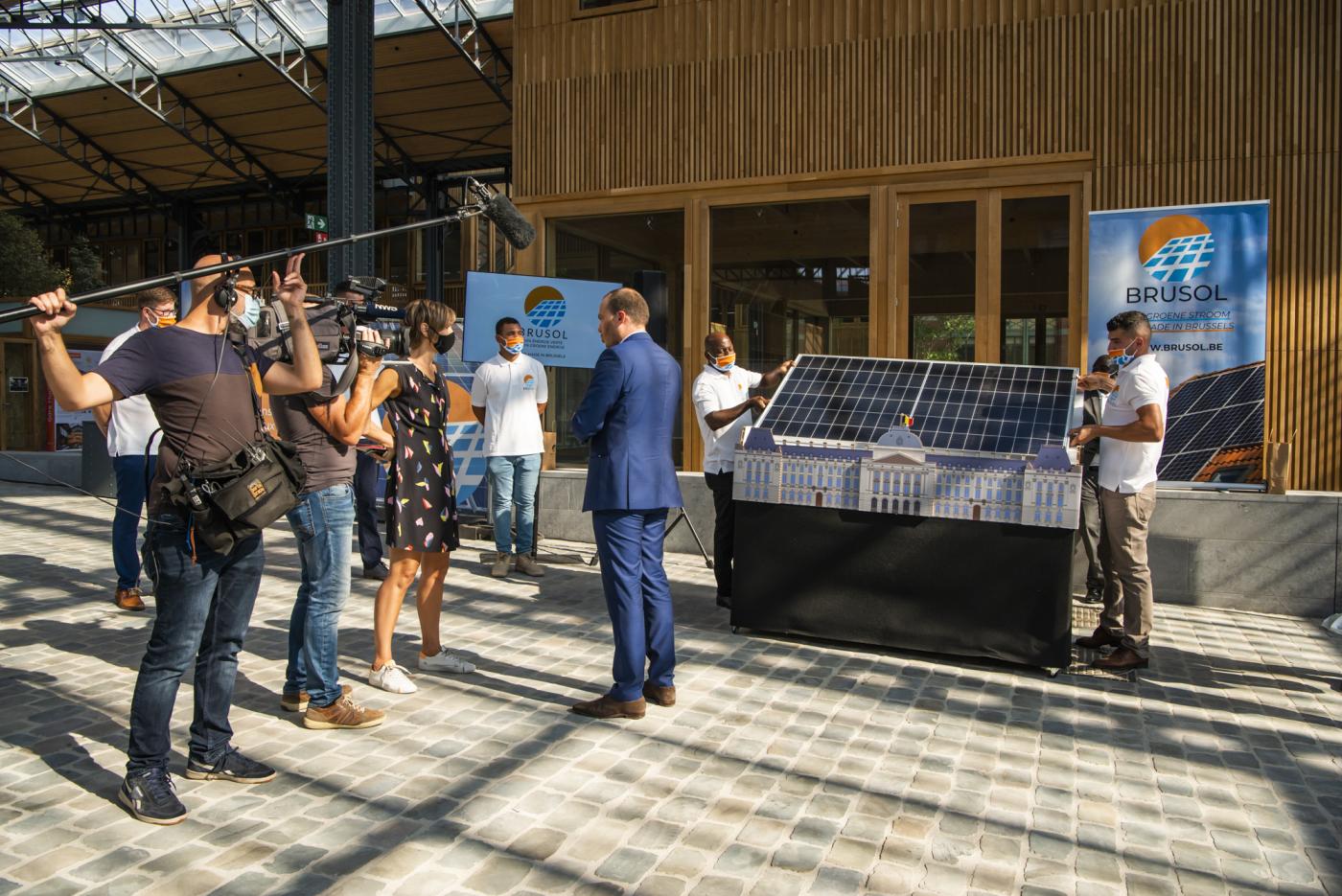 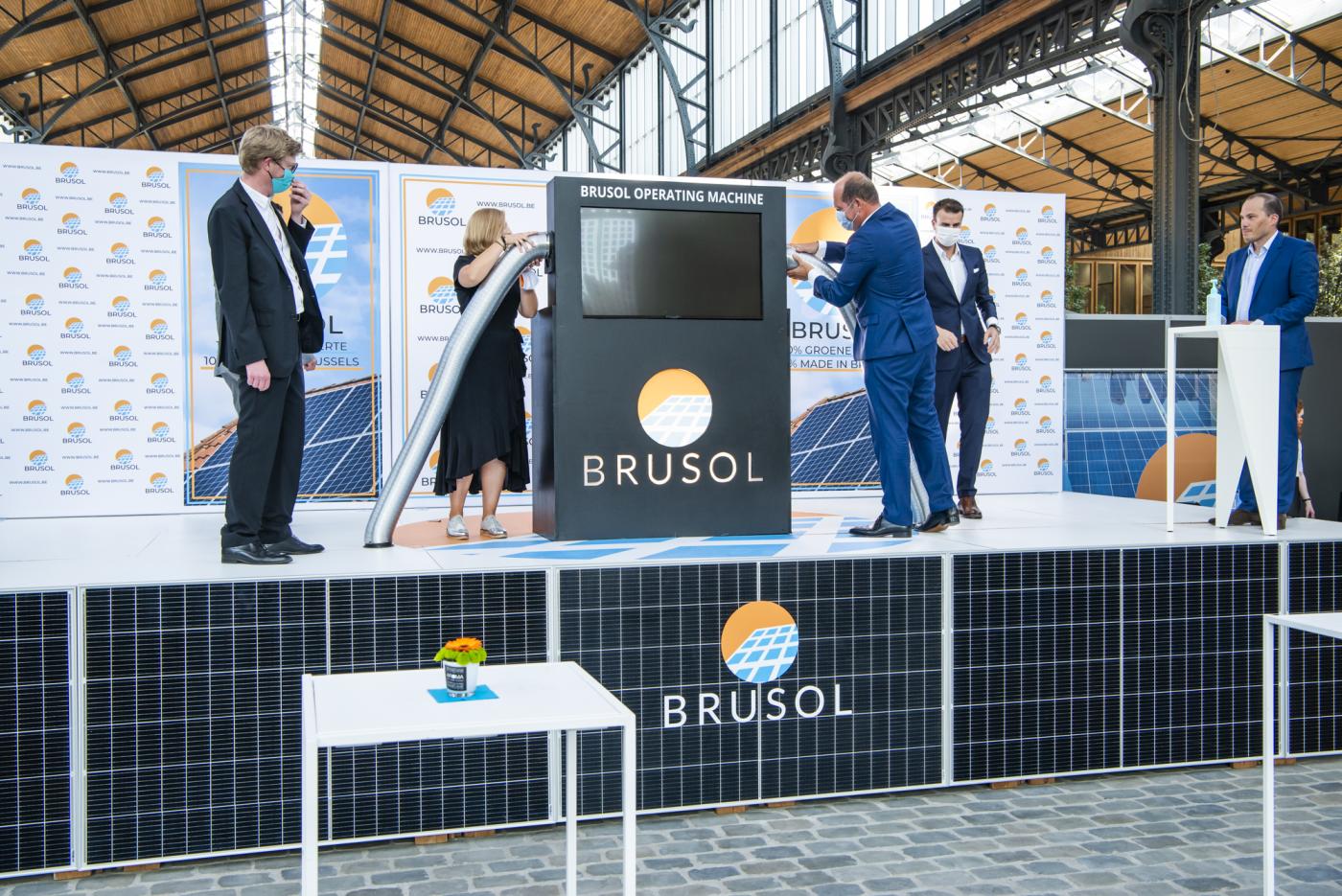 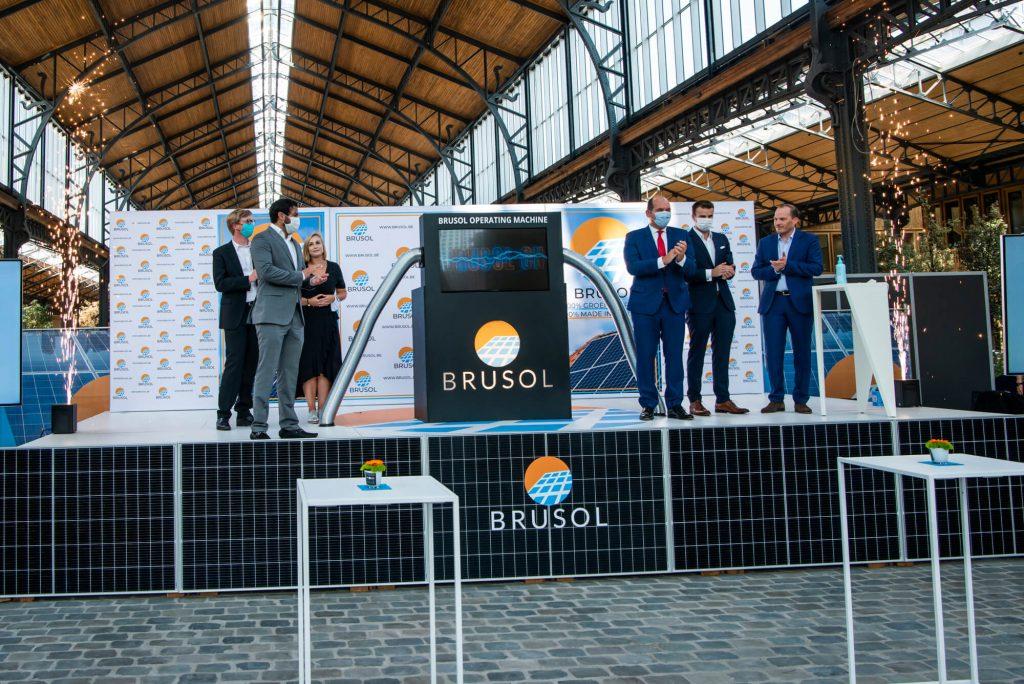 The Brusol food truck, which has been touring Brussels all summer, had a royal guest today. 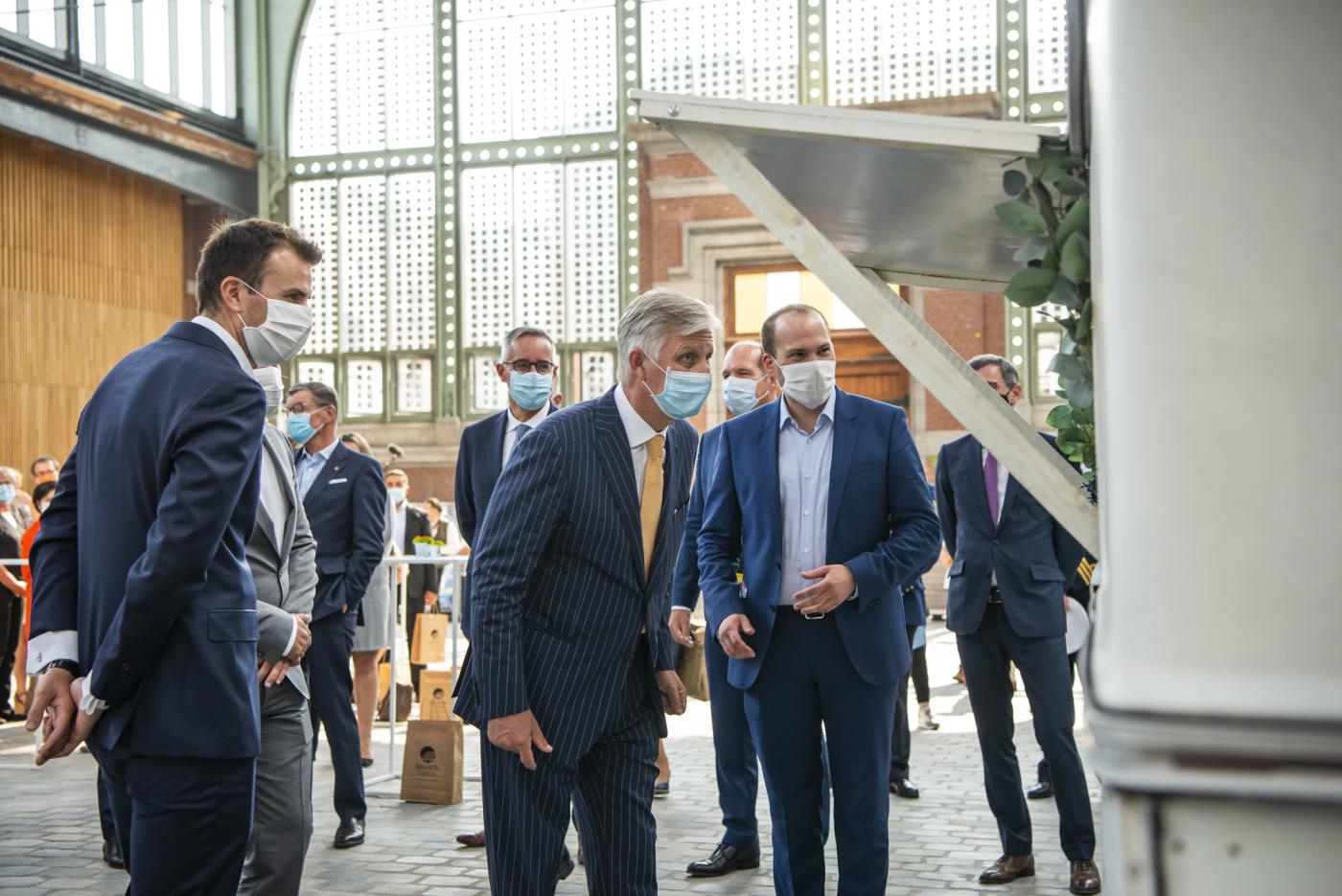 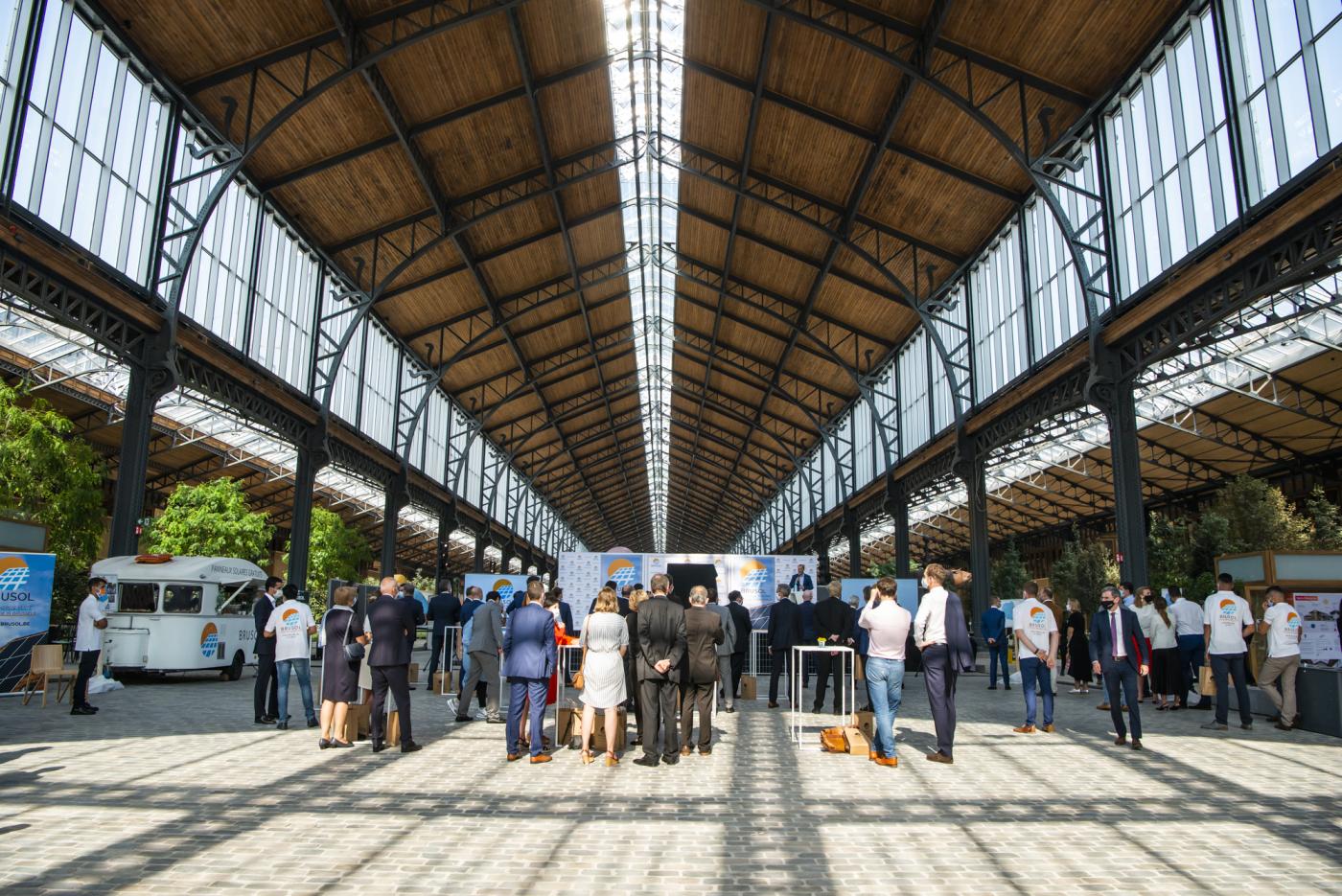